Working at Father Joe’s Villages is more than just a job. It’s a career in changing lives.

Chase realized the positive impact he was making for underserved individuals in the community the first week he started his employment journey with Father Joe’s Villages.

“When you go to work each day and you are helping homeless kids, it puts life into perspective. It showed me that there are other people I need to care for aside from myself. Everyone deserves a second chance.”

Life on the Street

Chase knows firsthand the impact of being offered a second chance. As a teenager, Chase ended up living on 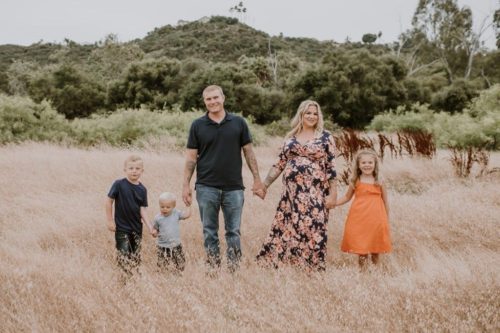 Once homeless, Chase credits his job at Father Joe’s Villages with helping him build a brighter future.

the streets to escape a difficult home life. To cope with the hopelessness of homelessness, Chase turned to drugs. He spent his lucrative teenage years stuck in a cycle of addiction and incarceration.

While in prison, Chase worked hard to conquer his addiction and was motivated to create a better future for himself after being released. He sought work through a program that helped reintroduce people who had been formerly incarcerated into the workforce. Although he was desperately trying to begin a new chapter in his life, Chase was unable to find employment due to his tumultuous past.

“I had been looking for jobs eight hours a day for months and I couldn’t even get an interview. When things aren’t going our way, we resort back to our old habits because that’s where we are comfortable. I was so close to relapsing.”

After months of job hunting, Chase was relieved to acquire an interview as a Truck Driver with Father Joe’s Villages. He was hired onto the team that same afternoon.

“When I got my job at Father Joe’s Villages, it was the most significant moment in my life.”

As a Truck Driver for Father Joe’s Villages, Chase gained the confidence and skillset he needed to thrive. He developed technical skills he would use later in his career and built a lasting comradery with his coworkers. He felt like he had finally found the family he had wished for as a child.

Eventually, Chase moved into a position as a Residential Specialist at Father Joe’s Villages’ Emergency Shelter where he worked to provide services and housing to people struggling with homelessness. Chase excelled in his role as a Residential Specialist, often working extra shifts and going above and beyond for the neighbors he served. Not only was Chase grateful to be working, he was proud to be giving back to the community.

“It’s an environment where people are trying to save lives. I was working at a job that was helping people where I was at when I was a kid.” 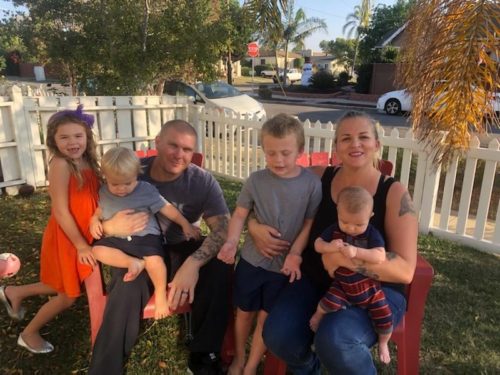 Chase, his wife and their four kids enjoy time together in front of their home.

Now a family man with four kids, Chase switched career fields to join the corporate world and is currently

working as a recruiter with Amazon Music. He will always remember his time at Father Joe’s Villages, and credits the organization for offering him a chance at an entirely new life.