When David started attending preschool at our Therapeutic Childcare Center, he was aggressive towards other kids: pushing and hitting were some of his primary communication tools. David and his family were homeless for more than a year before entering Father Joe’s Villages family program and enrolling in our Therapeutic Childcare Center. After participating in occupational therapy, dyadic therapy with his dad and receiving intensive one-on-one support David is now thriving. 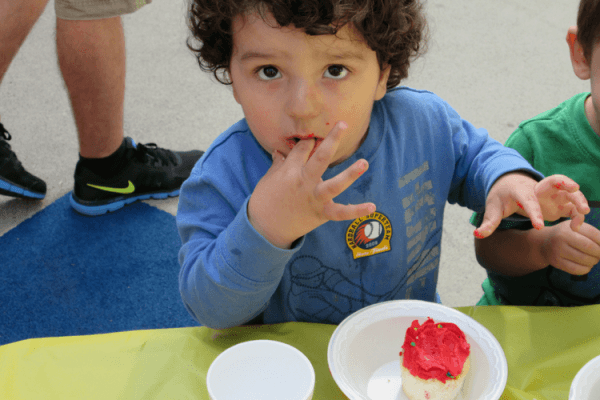 At 9 years old, David has three loves: school, his friends and sports— especially soccer. Last season, he scored more goals than anyone else on his team. Now a third grader at a local elementary school in San Diego, David achieves high marks on his tests and in his classes.

You wouldn’t know it by looking at him now, but 5 years ago, David, his then one-month-old brother Andrew, and his parents, Courtney and Derek, were struggling with homelessness.

Homelessness is especially difficult on children—they’re often too young to really understand what is going on and have little control over their situation. Keeping children safe often means isolating them in strollers and car seats, while access to healthy food is limited.

For these reasons and more, children who are homeless are four times as likely to have developmental delays and twice as likely to repeat a grade in school. Over half will not finish high school.

David and Andrew looked to be headed down that same road until Courtney and Derek found Father Joe’s Villages’ family program. Our Therapeutic Childcare Center. Our Therapeutic Childcare staff understands that poverty and homelessness are traumatic and stressful for both children and parents. Our program is specifically designed with the specialized needs of children who are homeless in mind.

When David started attending preschool at our Therapeutic Childcare Center, he acted aggressively towards other kids: pushing and hitting were some of his primary communication tools.

Developmental testing revealed that David had impulse control problems and struggled with spatial awareness. He consistently bumped into furniture and walls and grappled with discerning right from left. Additionally, he often failed to follow directions in class and at home.

At only four years old, David was frustrated and unhappy.

Fortunately, our professional team of Child Development Specialists and Mental Health Clinicians stepped in to help.

David met with an occupational therapist who helped him develop his gross motor skills and improve his spatial awareness. Specialists also assigned him a student intern who worked with him one-on-one in the classroom helping him to control his emotions. David and his dad attended therapy together to reinforce the bond between father and son. It also taught his dad supportive ways to address his son’s behavior.

Meanwhile, David’s brother, Andrew, struggled to crawl and showed other physical indications of healthy development. Therapeutic Childcare staff coordinated with a Physical Therapist, who helped him get moving.

Derek and Courtney also attended a parenting class and worked on their long-term goals. Derek saved money from his job, and Courtney worked with staff at Employment & Education Services to polish her resume and find a job with opportunity for advancement.

She obtained one quickly and the family moved out to their own apartment after only 8 months. To ensure that the children would keep progressing, David and Andrew continued to attend Therapeutic Childcare.

“Father Joe’s Villages opened a door to us when no one else could or work and without the help and guidance we received we would not be where we are today,” said Courtney, David’s mom. 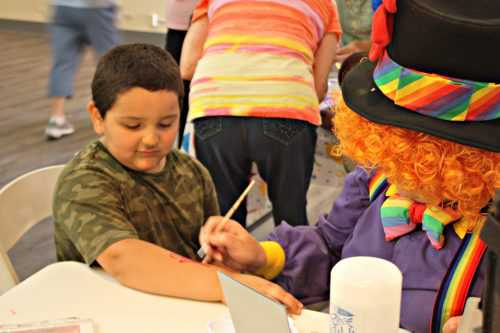 David, four years later, enjoying the many opportunities that Father Joe’s Villages and his parents have given him.

Four years since their graduation from our program, Courtney and David have remained self-sufficient. Courtney has been promoted at her job and now works in management. They have two happy, healthy boys who are thriving despite their history of homelessness.

The transformation afforded to David and Andrew by Therapeutic Childcare demonstrates the great opportunity for renewal in the children who benefit from our programs and services. The program’s outcomes say the same thing. In 2017:

Homeless children in our Therapeutic Childcare program get a second chance at a successful start. These children may otherwise be overlooked due to unaddressed trauma, developmental delays, behavioral issues and challenges at school.

Specialized, targeted support allows these children to realize their inner potential and overcome barriers to future achievement. Not only that, but they get a caring environment to feel safe and grow in.

“The staff at Therapeutic Childcare are a part of our family,” explains Courtney. “I wouldn’t be where I am today without their continued support.”