When you support Father Joe’s Villages, you support kindness without judgment, forgiveness for those lost in the darkness, and love for the sick, the poor and the hungry. Your compassion allows us to save lives and offer new light to neighbors like Chuck, who struggled with substance use disorder for over 40 years. 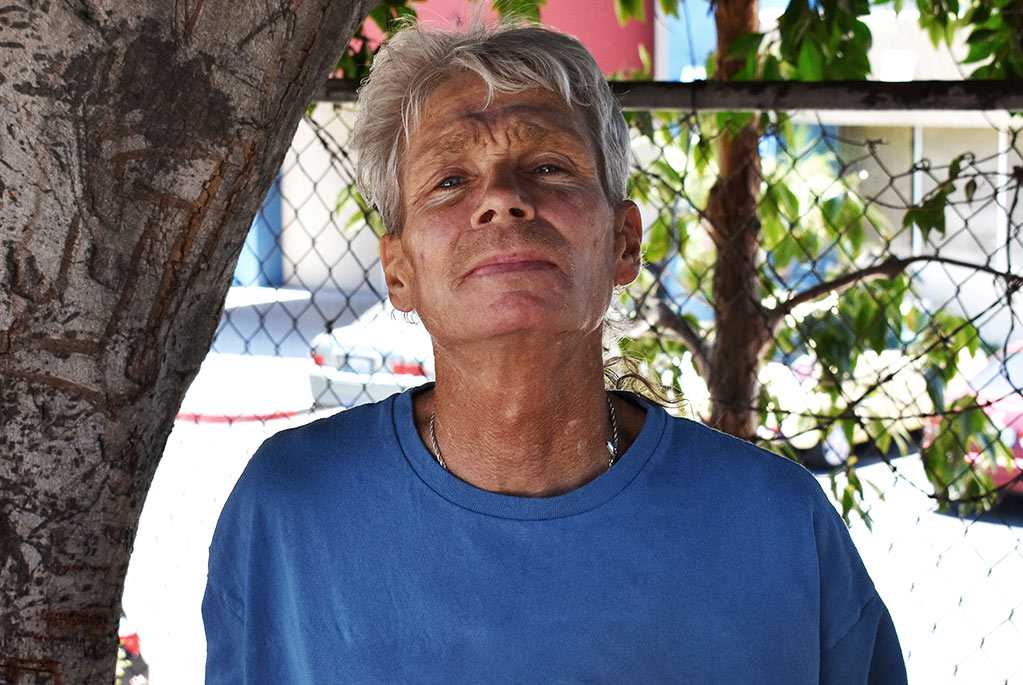 “Before, it was dark in my life. I could see no light. By the grace of God and [Father Joe’s Villages], I’m so much better.”

Chuck has struggled with substance use disorder for over 40 years, starting when he was just 12 years old.

At 12, the part of the brain that controls reasoning and impulses is still maturing. Unfortunately, this means drugs can have an even greater effect on a preteen’s developing brain.

“I thought I was the coolest one on the block because I had drugs at 12. Eventually, I graduated to shooting heroine.”

Luckily, Chuck had an incredibly loving mother and brother, Charlie. For decades, they worked to help Chuck get sober. Despite their best efforts, Chuck’s substance use disorder persisted.

Eventually, drug use made it impossible for Chuck to find employment, maintain housing or even take care of himself. His addiction to narcotics led him to lose everything.

Even his loving family could no longer take care of him. “We had to let him fend for himself at that point,” Charlie said. Unfortunately, the streets were brutal and dangerous.

“I’d get up with a half-pint in my pocket. I’d try to act hungry enough to get two dollars… But with the alcoholism, I was lucky to eat two bites. [At night,] It was so cold. You’d get wrapped up and you wouldn’t try to move because it would let in the cold air. I got robbed. I got beat up. I got everything out there.”

Slowly Chuck’s health deteriorated, leading to him getting a colostomy bag and two open heart surgeries.

Knowing that Chuck would die if he stayed on the streets, the hospital referred him to Father Joe’s Villages.

Father Joe’s Villages often works to engage single adults who struggle with severe mental health, substance use disorder or significant physical health conditions who have been homeless for more than a year. We use housing-first and harm reduction strategies that dramatically increase their overall health and well-being.

Father Joe’s Villages provided Chuck with housing and intensive support delivered by a multidisciplinary team. Someone from Father Joe’s Villages visits with Chuck nearly every day encouraging his sobriety, attending to his medical needs and helping him establish a support network.

“Once I got with [Father Joe’s Villages”, once they got me through detox, I had done drugs for so long I thought it was all there was. I hadn’t see a sober person in years. Now I have a new sense of life.”

Before, Chuck was drinking a half gallon of alcohol a day. Now, Chuck is sober, housed and independent.

“My biggest accomplishment is the strength given in me to change,” he said. “With Father Joe’s Villages with me by my side I had someone to walk with, I could make the steps… Before, it was dark in my life. I could see no light. By the grace of God and [Father Joe’s Villages], I’m so much better.”

Every day, Father Joe’s Villages invests in the potential of people who’ve hit rock-bottom. We see the humanity in each and every individual we meet.