Be the Difference: From Brilliant Bully to Bright Beacon

Father Joe’s Villages Therapeutic Childcare Program does everything possible to help those in need. Read this transformation story of nine-year-old Josh. 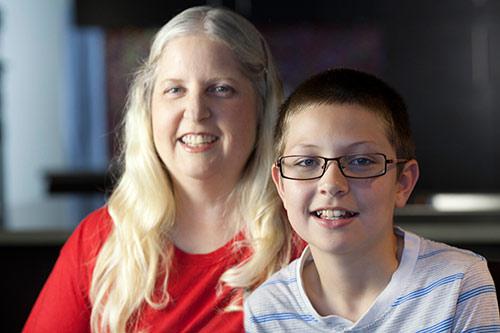 In 2013, then nine-year-old Josh arrived at Father Joe’s Villages when a significant rent increase left his family without a place to sleep. Josh’s family, including his mother Kim, father John and brother Tyson, came to our St. Vincent de Paul Village determined to get back on solid ground.

Father Joe Villages’ Therapeutic Childcare team recognized immediately that Josh was a highly intelligent child whose quick mind craved an academic challenge. He needed a stable and reliable adult mentor who could inspire him intellectually and professional experts to address the fact that he bullied kids and could not manage his anger.

Statistics show that homeless children are eight times more likely to repeat a grade, three times more likely to be placed in special education and twice as likely to score lower on standardized tests. The team at Father Joe’s Villages knew that Josh’s future relied on their action. He was a bright kid who needed the tools to shine, so we got to work.

We had Josh in one-on-one therapy. I think he benefited quite a bit because he had someone to speak and talk about his feeldings — not have to keep it to himself,” said John.

In addition to his hard work with therapeutic childcare, Josh received counseling from our mental health services department and support from a volunteer mentor, an adult with whom he maintains a positive relationship.

Now 12 years old, Josh is the first to remind his peers about consequences to their actions and help them change their behaviors, ultimately helping everyone pave their path to a brighter future.